Adaptive Sports Didn't Change My Life. I don't Know A Life Without It.

Many people will tell you that their lives were changed when they discovered adaptive sports. I’m not one of those people, but that’s only because I’m very fortunate to say that I don’t ever remember life without adaptive sports. Growing up with spina bifida in Atlanta, a city that has had numerous adaptive sports opportunities for many years, in a family that values fitness, I pretty much always had adaptive sports options at my fingertips and a family who encouraged me to get involved. Atlanta is the “tennis capitol of the US,” so I learned to play from my parents even before a structured youth wheelchair tennis program started in elementary school, which I continued with through high school. My school system had an adaptive sports competition day, similar to the Paralympics, even in the 80s when I started kindergarten. I horseback rode in elementary and middle school.

Atlanta was awarded the 1996 Olympic and Paralympic Games, and the wheelchair basketball and handball programs already in existence in one school system were expanded to counties throughout Georgia, so I had a regular practice and a weekly game, just like other high school teams. Add in the events and clinics that I attended where I could try out different sports for an hour or two, and it’s safe to say that my childhood was filled with adaptive sports.

Even if I didn’t always recognize it at the time, the benefits of my participation in adaptive sports from a young age were crucial to my development as a person. I learned to think critically, to effectively communicate to my teammates and coaches, and to work hard towards a goal. One of the most profound influences that adaptive sports played in my childhood was that it minimized the amount in which I saw myself as different from my school classmates. They played sports, and I did, too, and it didn’t really matter that if the rules were slightly different. It was common ground on which I could build friendships.

I remember introducing myself to one of our star basketball players in high school, asking about his game the night before and telling him about mine. Everyone, especially in high school, needs icebreakers to meet new people, and I’m grateful that sports became one of mine.

The other most profound influence was that I never really questioned my ability to be successful in adulthood, at least not more than other kid, because of adaptive sports. In addition to the physical strength I built that I needed to be independent, I saw coaches and mentors who had disabilities living successful lives, and I saw older peers who I played adaptive sports with and against carve a path to independence. I learned from them, and it was just a foregone conclusion to me that I would follow their lead. And because sports helped me not feel different than my school classmates, I always just assumed that I would go to college, get a job, and become a happy adult like everyone else.

In college, I made the decision to go where I wanted to go based on academics and campus living above continuing in a sports program, a decision that I don’t regret. It gave me the opportunity to be a student manager on the men’s basketball team, getting an insider’s look at something that I loved, college basketball. I didn’t let my own fitness fall by the wayside either. I worked on my strength training at our campus gym and pushed miles on campus for exercise.

You can start your strenth training at your local gym by using the adaptive equipment techniques available here, shared by Amy herself again.

I live in Nashville now, a city with strong and growing adaptive sports options, and in my adulthood, I’ve had the opportunity to waterski, snow ski, participate in adaptive climbing, and play sled hockey.

Those miles I pushed in college turned out to be a gateway into the adaptive sport in which I’m most active currently. Several years ago, I got involved in running through Achilles International, which pairs people with and without disabilities to be able to train for and run mainstream races, and I also participate in other community running groups, where I’m the only person with a disability, with someone running alongside me. I have run (anything is running in Achilles!) dozens of races of varying distances and will complete my 5th half marathon at the end of this month.

As an adult, one of the most influential aspects of adaptive sports has been that it has allowed other people to see me as a capable individual. People learn pretty quickly after meeting me that I play sports, and I often think that they easily draw the conclusion that if I’m able to play sports, I must also be able to be an independent, successful member of society. Sports in adulthood have also given me the opportunity to make friends that I never would have made otherwise. The running community is welcoming and inclusive, and because I’m often participating among both people with and without disabilities, I have a diverse group of friends and acquaintances.

I may not have risen to an elite level in any of the sports that I’ve participated in, but that doesn’t matter to me. Having continuous opportunities to try something new, to increase my levels of fitness, and to influence the people around me just by doing what I love is most important. I now work for ABLE Youth, a Nashville-based wheelchair sports and independence group for kids. I see myself in a lot of the kids in the program.

I want them to never know what it’s like not to have adaptive sports in their life, too.

It has worked well for me!

Finally, I encourage you to get involved in an adaptive sport if you haven't yet. 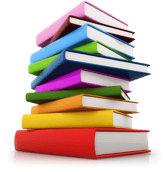 Download the Free Adaptive Sports and Resources Guide to find an organization in your area.

I invite you to join the Seeds of Hope Initiative as part of the National Adaptive Sports Movement and become an active contributor by sharing your story and raising awareness to the importance of creating adaptive sports opportunities for our students. #seedsofhopeinitiative