The 4th Annual Angel City Games was held June 20-23rd on the beautiful campus of UCLA. Two of our Regional Sales Managers, Lina Mozian and Matt Torres, along with our Marketing Manager, Isil Tanyeri, represented ABC Medical throughout the weekend where we were a proud bronze sponsor. We're honored to be the only company in the DME industry to attend such large-scale sporting events and continue to encourage conversations around medical supplies with athletes and their families. We feel lucky to have met many Paralympians and witness several athletes breaking new records in their respective categories. Among the Paralympians was the legendary Paralympic Gold Medalist and an ABC Medical advocate Dave Kiley who was there to support the 3x3 wheelchair basketball tournament held in John Wooden Center. Below, DK shares his personal experience first time attending the Angel City Games.

Thank you DK for your support!

"Southern California is where I grew up and spent most of my life. I have some of the best memories of the So-Cal lifestyle. The ocean- ever so near, and constantly creating a breeze that is unforgettable and constant. Now, living in North Carolina and in the dog days of summer I could truly appreciate 70 degree days and 60 degree nights while attending the 5th Annual Angel City Games on the campus of UCLA. 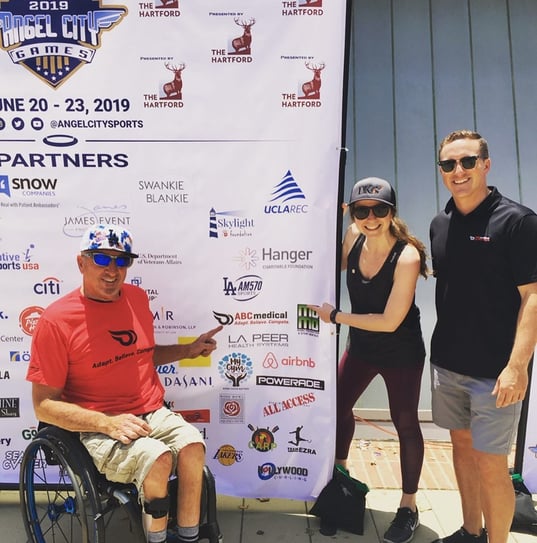 UCLA-  another amazing memory as a youth. I had dreams of attending and becoming a Bruin and playing for “Wizard of Westwood,’ John Wooden. The Bruins never lost during his epic run as a head coach, winning 88 straight games in a row and 10 National Championships. The Angel City Games, a festival of adapted sports taking place all over this historic campus has grown and built such momentum in the Los Angeles area. Athletes traveled from all over the country to participate and, once again, ABC Medical was in the middle of this huge event as a Bronze sponsor. So proud of my affiliation with ABC, as this is what this company does. As though its part of their DNA, ABC continues to support not only this major event but also grass-roots programs over our country's landscape.

Wheelchair basketball, wheelchair tennis, Track & Field, swimming, and archery filled out the menu for adaptive athletes to compete and have the luxury of using UCLA venues that have such incredible history. I was able to watch 3x3 basketball in the Wooden Center. Just by the name alone is hallowed ground for anyone like me who grew up worshiping the institution and ‘Bruin Nation’.

The Games received great public support from the media, sponsors and Hollywood celebrities. All of that lends itself to the recognition of capabilities, not disability. I woke up to the front page sports section article of my hometown newspaper to an article that described and promoted the Angel City Games. Giving our movement of adapted sports credibility, it seems so small but adapted athletics like Angel City Games belongs on the sports page, not community interest section. 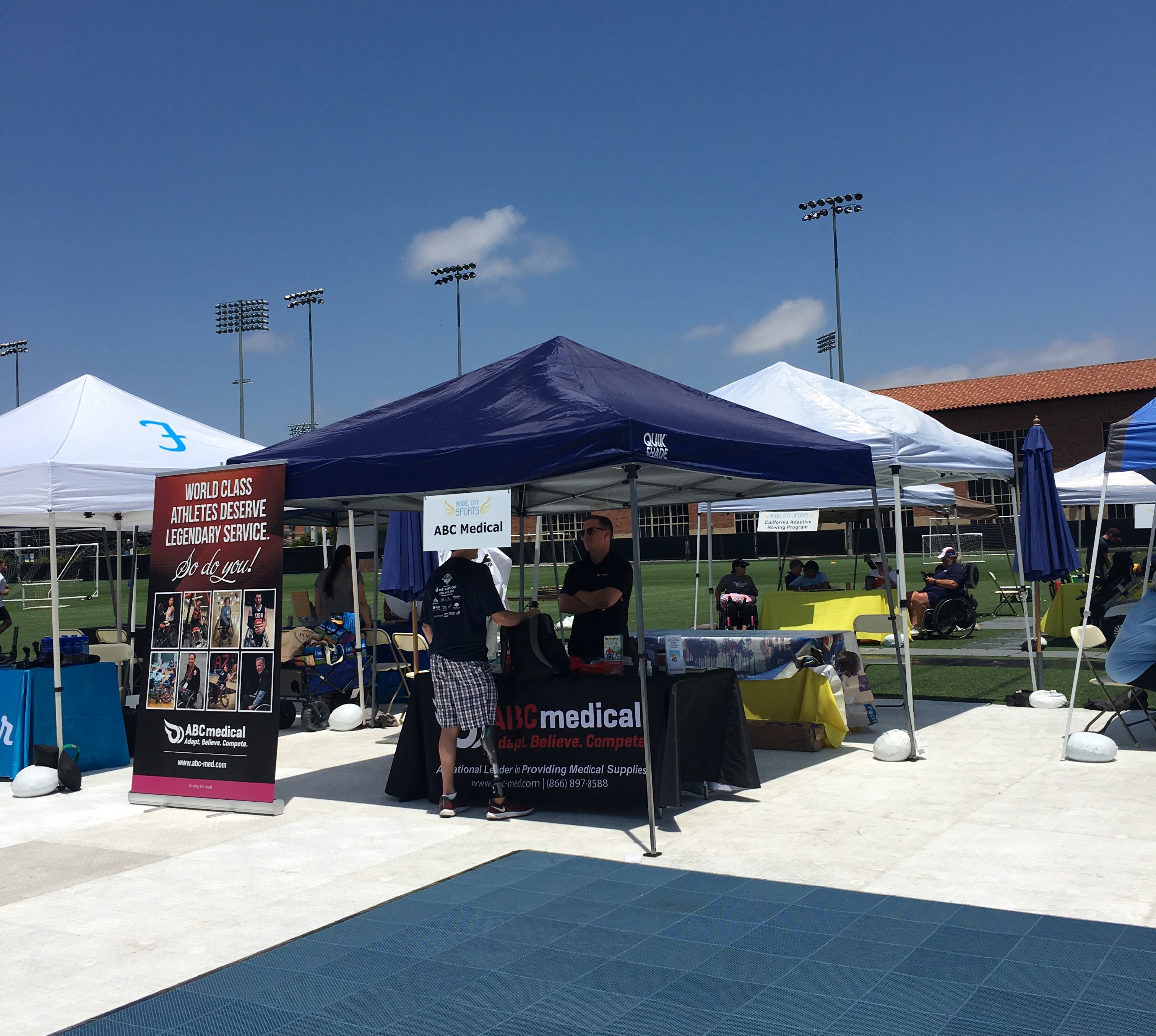 The role that ABC continues to play is dramatic in moving the adaptive athlete forward with the opportunity to ‘Adapt, Compete and Believe’. A tagline that captures so much in just three simple words. I’m a loyal customer and ambassador who has no problem representing because of the way they give back to the population that they do business with.

My first time at Angel City Games was a great one and I can't wait until next year."

ABC Home Medical Supply, Inc. provides urological supplies, such as intermittent, external and foley catheters. In addition, we provide ostomy, wound care and incontinence supplies and bowel management products. We provide our services and products to individuals with a spinal cord injury, spina bifida, bladder exstrophy or anyone that has a neurogenic bladder or bowel. Additionally, we serve individuals that have had any type of ostomy surgery. Call one of our customer advocates now at 833-235-6887 for a personal consultation on your health condition. We will verify your insurance coverage, contact your health care provider to obtain authorization (written order) for your supplies and send a 30 or 90 day order depending on your request and/or the requirements established by your insurance.
ABC Home Medical Supply, Inc. • 900 E Prima Vista Blvd.,  Suite 300 Port Saint Lucie, FL 34952  • T: (866) 897-8588 • F: (877) 785-7396
Terms and Conditions • Privacy Policy • Code of Ethics
Pursuant to 45 C.F.R.164.504 (d), Twenty Second Company, Inc., hereby designates itself and its subsidiaries; ABC Medical Holdings, Inc., ABC Home Medical Supply, Inc., Southeast Medical, Inc., Mi-Med Supply Co., Inc. d/b/a Experea Healthcare, Freestate Medical Supply, Inc., MLK Associates, Inc., Urological Services of America, Inc., Arkansas Medical Supply, and Phoenix Medical Services, Inc. to be known as "the affiliates" and from time to time, as a single covered entity, solely for the purposes of the above referenced regulations. © 2018 Twenty Second Company, Inc. All rights reserved.