Rebounding in Life After Accident and Learning to Adapt.Believe.Compete. 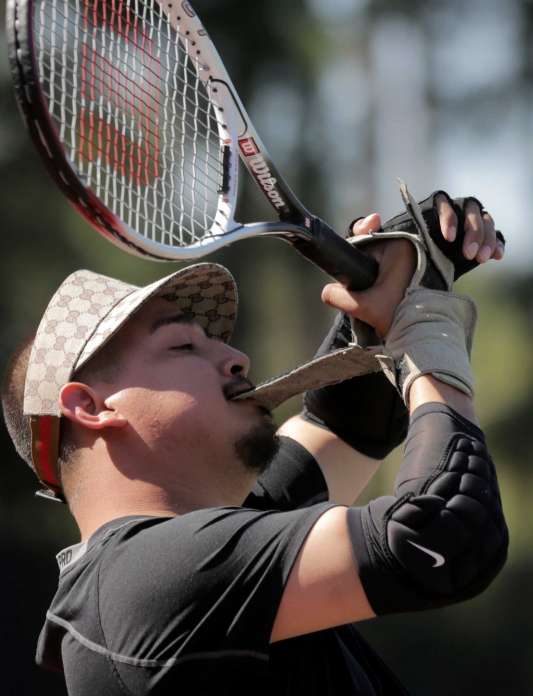 My name is Jonathan Alex Villarreal.

I turned 36 on July 19th.  Today is August 24th, 2017. I writing to share my story with you to reflect back on the past 10 years of my life since my tragic accident when I almost didn't survive.

I was  8:20 PM. I was walking home with a couple friends. We felt adventurous and decided to take a shortcut.

We all got on the railroad tracks: me first, and them behind me.

I decided to try and beat the train and was running on the left side of the rails, because I was trying to get to a small bridge that was about 50 yards ahead of me. That was where I planned to wait for my friends.

I hope I can finally see why the Lord has kept me here on earth. I’ve told this story a hundred times and I still can’t believe what I have overcome in life. That accident wasn't the end.

At the end of September 2016, soon after I was introduced to wheelchair tennis I was hospitalized from a medical accident. I was admitted into Katy Memorial on November 14, 2016 to Jan 6, 2017.

Apparently, the ER gave me an IV antibiotic called Zosyn, which I was allergic to and that made my kidneys shut down to 10%. I was put on Dialysis for about 2 weeks, I fought for my life (yet again!) and by the Grace of God, my kidneys slowly started working again.

After getting out the hospital, I still needed to recover while on steroids for another month. 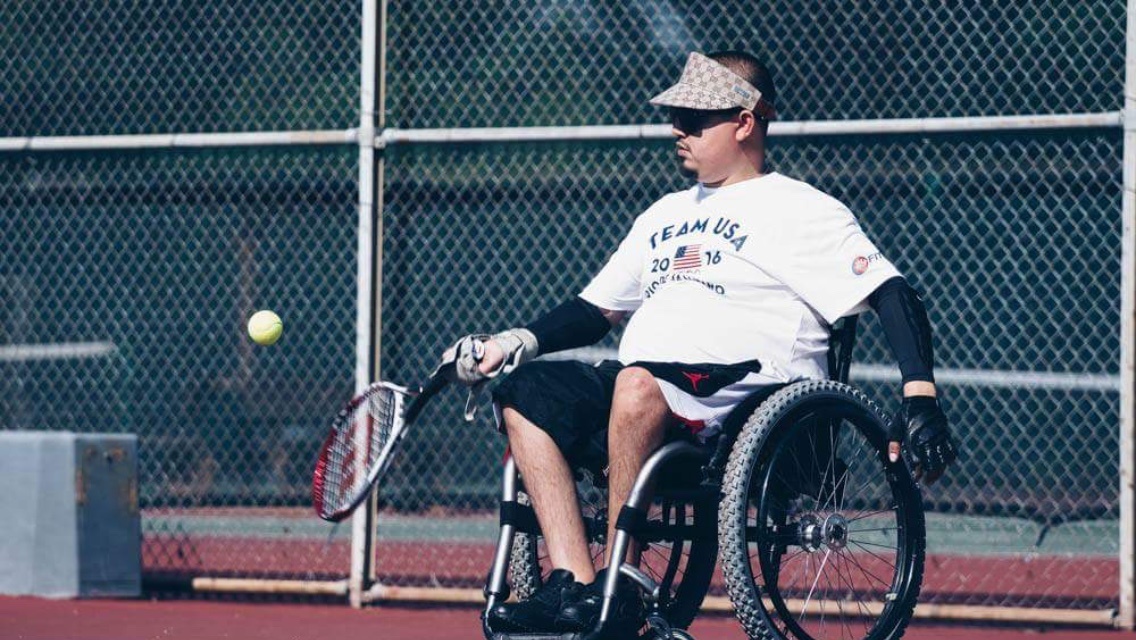 At the end of January, I finally got back to practicing wheelchair tennis. In such short amount of time, I feel like I have made great progress.

Now that I see how precious life is, I’ve set high goals for myself and decided to try and be the best Quad Open player in the world, and hopefully wear Team USA on my chest in the 2020 Paralympic Games in Tokyo. Thus, I practice hard and give everything I got in each and every practice.

While I'm working for a DME Supply company part-time, I’m taking college courses at Lone Star College for Business Administration. Soon, I’m going to be working as a Brand Ambassador for a new Wheelchair Company coming out in 2018. I’m really excited about that, and I hope it will be successful.