The 15th Annual Dallas DK 3-on-3 is right around the corner. On June 2-3rd, 2018 over 50 athletes are traveling to Dallas, Texas for 2 days of high-level basketball. I thought it might be time to explain the event and how it came to be as DK 3-on-3 and the brand 'DK3.'

15 years ago, my great friend Michael 'Shorty' Powers and his organization Turning Point, asked me to run a basketball event "to be held within the structure of their flagship event, Turning Points, Texas ‘Extravaganza’ (a multi-activity sport participation event)." Some big names we know today were part of the first event: Paul Schulte, Pat Anderson, and Willie Hernandez to name a few. This was the birth place of this annual 3-on-3 event. Thanks Shorty for your vision! 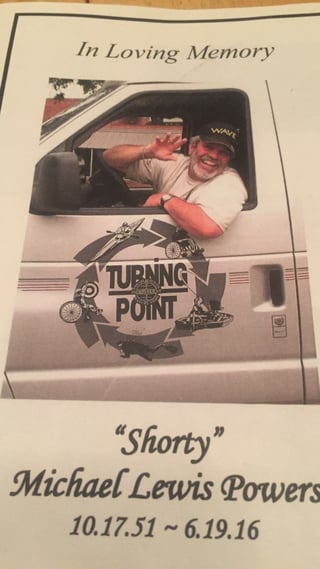 I had an early career experience with 3-on 3's It was typically associated with able- bodied street ball tournaments. I've always believed the 'soul of the game' was in street ball events played outside. It was then, however, I realized the challenge: getting a decent number of teams that were competitive and high profile as well as to get the attention of able-bodied street ballers and event organizers. Unfortunately, that never happened. We had a few teams on back courts hidden from the high profile courts and behind able-bodied ballers. 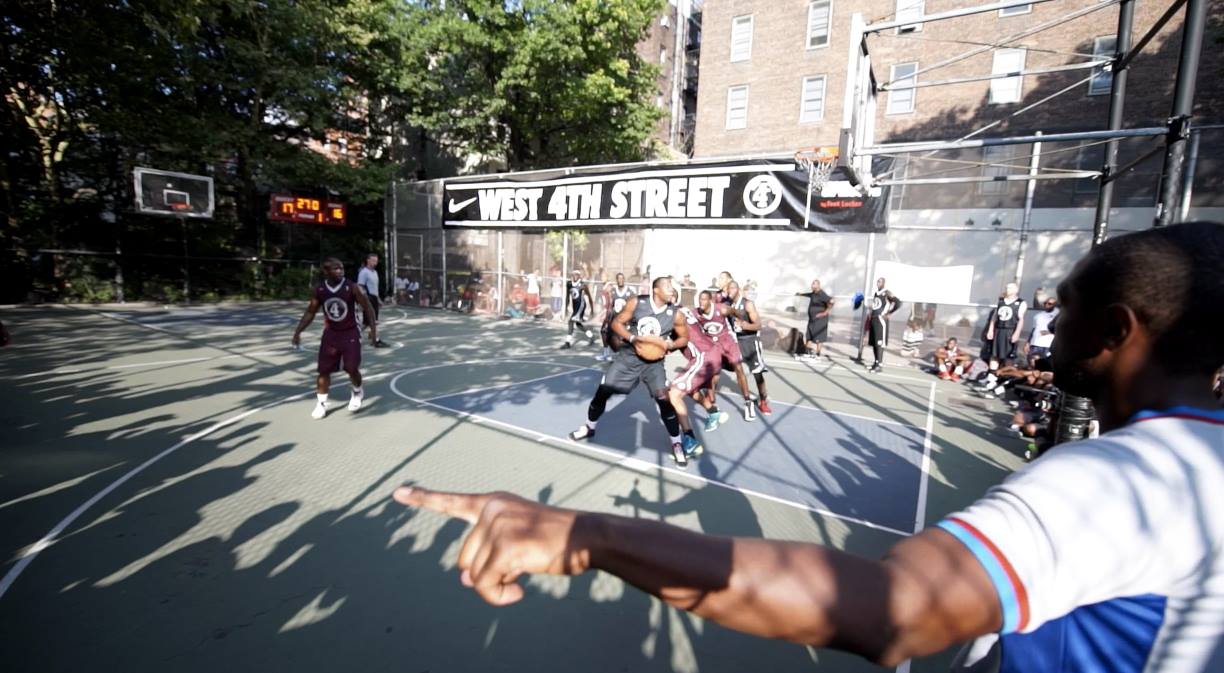 "The Cage," in NYC Greenwich Village is an iconic spot for street basketball. If you're ever in NYC between Spring-Fall seasons, stop by to watch and see what I mean by 'the soul of the game.'

Having learned from this experience, I decided to host the very first stand alone, 3-on 3 wheelchair basketball tournament in 1990s, called the ‘War by the Shore’ held at Capistrano Beach right on the water. I thought that if everyone thought they had a chance and that you could play with some ‘Big Names’ of the sport, it would more in line with 'the soul of the game.'

It was a lot of fun and the fact we were right on the beach made it extra special. However, there was one problem: There were still only a handful of teams. One team from Fresno rose above the rest made up of Jim Miller (HOF), David Sutherland (future HOF) and Fidell Bautista. Three giant players in the half court??! 6 to 8 teams including my own, almost immediately knew this team ws going to win and they did.

When the chance came up to run a basketball event in Texas, I knew I was faced with two challenges: the number of teams to attract to enter and to prevent big players from teaming up together to dominate and keeping other teams from entering. Players don’t want to get their ass kicked from the jump.

But, how do you get parity?

The first 3 on 3 I ran in Dallas, I chose to have players enter as individuals. I had the opportunity to work with big time ballers that gave the event "a Rock Star" feel to it. We had a great turnout and the birth of this new age format came to be. The essential ingredient you need is to have someone who really knows the talent to create the parity that all can enjoy and feel like they have a chance to win. 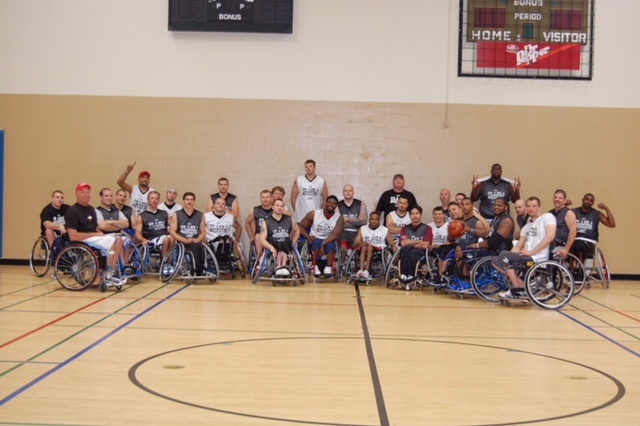 At DK3 for this weekend, that is Doug Garner and myself as has been for the last number of years since moving to UTA.

'Why DK3?' you may ask. Where is the name/ idea coming from?

Well, Ice Cube came out with his professional league called the 'Big3.' I had an initial discussion with Willie Hernandez about what Ice Cube was doing and he said “maybe you should call the event ‘DK3’? I. then spoke with my other big sponsor ABC Medical and ABC's Isil Tanyeri and together, we finalized the new brand concept and what it stands for today. I'm proud to say that in less than a month, DK3 has reached a Facebook following of over 250 people and Instagram of over 150 followers. 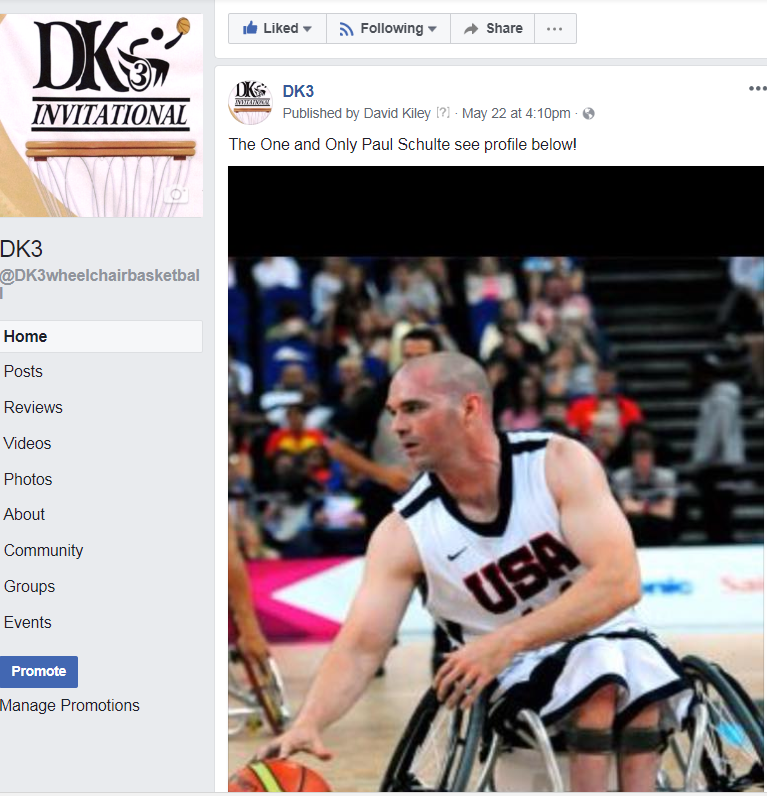 Check out the social media channels for DK3 and learn more about the participating athletes in Dallas DK3on3 event: Here is a screenshot of Paul Schulte's profile.

Seeing the growth of this event in the past 15 years, there is some serious interest in the event in New York, Chicago, France and Japan. My vision sees the event going to New York and to the West Coast LA/Sacramento. Any champions???

The 2nd Annual DK3 will take place in August or September in Charlotte. The need exists to have other big, national sponsors that can handle this vision. 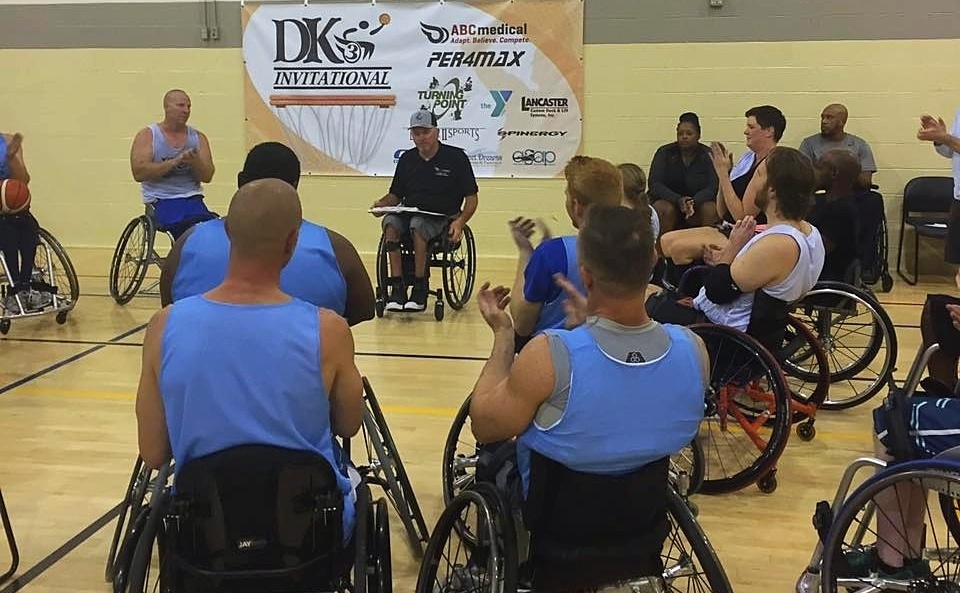 DK3 Charlotte was the first one organized on the East Coast in September 2017.

Is it Ice Cube, Microsoft, or a Foundation?

Today DK3 is blessed with 3 primary sponsors that have been with me form the beginning: ABC Medical, Per4Max and Spinergy! Without these 'Big 3' this event never would have the traction it has today. We have a $10,000 purse for the flagship 15th Annual DK3: 18 teams and 54 players will come to University of Texas-Arlington.

A sponsor and big advocate I could not do without is Doug Garner and UTA! Thank you Doug Garner, my TD. Full Court Vision, Inc is my company that has played a vital role as well.

Where else in the U.S. (or the world?!) could one get the chance to play with Gold Medalists, National Team members, Veterans and 'Hall of Famers' in a format where the winning team will win $3000.00 and no one knows who the winner will be? That creates excitement from within.

The Randy Snow Free Throw Contest will take place on Finals day and there is nearly $2000 in Spinergy Wheels and cash for the most consistent Free Throw Shooters (top 3). Veterans are mixed in the main draw but this is the first year that we will have a round robin tourney for our Military players and their own division.

I’m honored to have the love and respect of players who are coming to Dallas spending their own dollars to do DK3, 18 Teams and full draw of 54 players. First time in our history we had to turn players away. Good players! 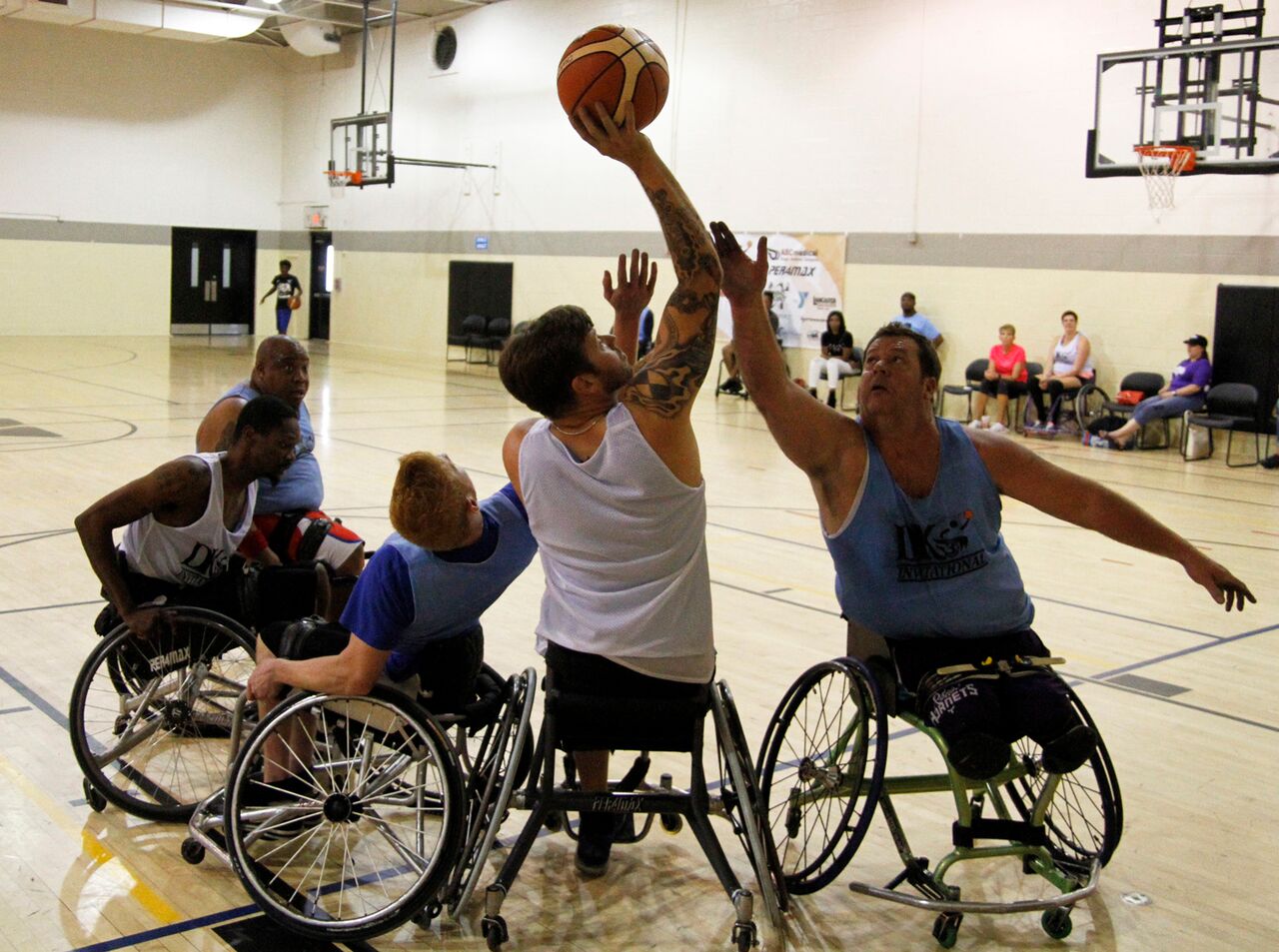 As I sit on my deck over looking water and trees I can only hope this 15th Annual DK3 is great for all the players who come for the love of the game!

Follow our event this weekend via our new instagram and facebook pages @DK3on3. If you're in Dallas area, I welcome you to join the rest of our fans to cheer for these athletes.

Peace Through Christ and Hoops